The impact of soft-skills training for microentrepreneurs in Jamaica

Training programmes targeted at small business owners are one of the leading policy responses to attempt to spur entrepreneurship. Billions of dollars are spent subsidising these programmes around the world. Most training courses include a bundle of topics, from simple rules of thumb (separating household from business finances) to more sophisticated skills (marketing, pricing and costing, financial planning), and some also include modules on soft skills (entrepreneurial attitudes, personal initiative).

Our trial seeks to build on the existing field experiments that test the effects of teaching on entrepreneurship.

The first round of field experiments in this area has shown that teaching a range of topics has little effects on the adoption of recommended practices, and consequently, has little effect on profits, business expansion and survival. A series of recent studies have analysed the effect of more focused training programmes, with larger sample sizes and more homogeneous samples. These have found promising results. Anderson McDonald et al. (2016) find that both a programme focused on marketing with an emphasis on increasing sales and a programme focused on finance with an emphasis on lowering costs, significantly increase profits. Drexler et al. (2014) study a course that teaches only simple rules of thumb. They also find large effects on business outcomes. Finally, Campos et al. (2017) show that a soft-skills training aimed at developing a proactive entrepreneurial mindset has similar effects on increasing business practices, but significantly larger effects on business profits than a traditional training with its bundle of recommendations.

Our trial: setting, randomisation and intervention

Our sample, consisting of 945 Jamaican micro entrepreneurs, was obtained by using the mailing lists of our business training partner organisation, and a list of contacts we obtained from a census of informal entrepreneurs. We contacted around 2,000 entrepreneurs who live in Kingston and surrounding parishes and told them that we were offering a new business-training course developed by international experts. Participants who completed the baseline survey would enter a lottery for a chance of getting a free slot in the course. Approximately 1,000 entrepreneurs showed interest in the training and completed the survey on the phone or online between August and September 2016.

Every participant who completed the survey was re-contacted to confirm their willingness to participate in the lottery for a free slot in the training. To reduce heterogeneity in the sample and to improve statistical power, we dropped some entrepreneurs from firms that were outliers in terms of size (in particular, with more than 5 employees; on average participants have 0.5 employees and 70% do not have any employee).  We randomly assigned entrepreneurs in equal proportions to the two treatment arms and a control group. The randomisation was stratified on gender, education, location of the course, and having at least one employee.

The Inter-American Development Bank Group contacted the team of Michael Frese to prepare the soft-skills training given their expertise on entrepreneurship, organisational behaviour and work psychology. In order to make the two trainings comparable, the same team also prepared a version of the traditional training course that teaches a set of best business practices (following the format of ILO’s Improve your Business training).

The project’s original plan was to compare the effect of these two treatments offered either independently or jointly. However, recruitment of entrepreneurs in Jamaica proved to be more difficult than expected and we were able to include only two treatments arms.

During the trial, we discovered that the World Bank was working on a series of other experiments including similar treatment arms (the first one resulted in the paper published in Science by Campos et al. 2017). Therefore, we decided to refocus our intervention on the persistence component of the training. We chose this design based on the results in Campos et al. (2017), which show that the personal initiative training improves business outcomes by encouraging entrepreneurs to be more innovative, to invest more in their business and to take initiative.

We also referred to the psychology literature that highlights how the ability to overcome barriers is one of the key elements of success among entrepreneurs. As a result, our first training arm included five classes on personal initiative (similar to the one discussed in Campos et al. 2017) and five classes on additional aspects of persistence (e.g., creative problem-solving, learning from errors); while the second training arm offered training with the same first five classes on personal initiative and another five classes on the traditional training focused on business practices. Both courses have a total of 40 hours divided in ten four-hour lectures.  This experiment allows us to estimate the differential effect of teaching standard business practices vs. insisting on psychological changes (with a focus on overcoming barriers) after personal initiative has been fostered.

The intervention was completed between October 2016 and February 2017. We conducted a short follow-up survey to measure business outcomes in June 2017. The data shows some evidence of increased investments, adoption of business practices and increased profits (no differential across treatments). We are now launching two additional in-depth surveys (one in January 2018 and one in June 2018) to measure a broader range of business outcomes and measures of potential mechanisms through which the effects of each of the two courses might operate: business practices, personal initiative, persistence, investment in capital and labour inputs, and innovation.

A key contribution of this project is the implementation of two behavioural measures of persistence and personal initiative. These measures will be obtained through incentivised games similar to the ones implemented by Alan et al. (2016) to measure grit. They will allow us to complement standard self-reported measures on soft skills, which can be affected by experimenter demand. In this way we will contribute to the literature that studies whether it is possible to change soft skills that are essential for entrepreneurial success. 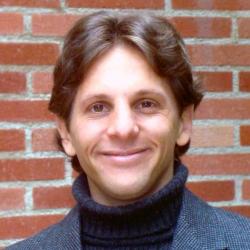 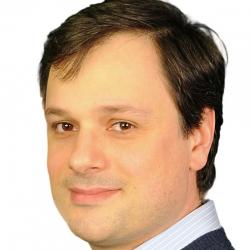