In my first blog post for IGL, I raised the question of which perspective (taking one’s own perspective or taking the perspective of someone else) is better for innovation. One year later, my team and I have finished a significant longitudinal study on this topic. The results are mixed and quite interesting, and I will summarise these findings in this blog.

Preliminarily, it should be noted that I’m not the first researcher to look at the relationship between perspective and innovation. Grant and Berry (2011) found that individuals who have a pro-social motivation tend to take the perspective of others, and that this perspective-taking then aids the creativity of generated solutions. A year later, Hoever et al. (2012) found that perspective-taking (taking someone else’s perspective) was beneficial for team creativity. Individuals who were instructed to take the perspective of others tended to elaborate more on their ideas, which helped the team’s understanding of generated ideas and increased creative performance. In summary, perspective taking improves creative performance at both the individual level and team level.

However, it is hard to say that something is good for a particular goal simply because it increases one important attribute for achieving that goal? For instance, if you can increase your strength to its maximum, but have no speed in your movements, will you be any good at boxing? No, you need both strength and speed to claim victory. Often, complex tasks require more than just one important characteristic, and improving one characteristic does not guarantee success. In tennis, you can increase your understanding of the proper moves to perform in a match, and yet be completely rubbish at the sport if you can’t swing a racket. In research, you can educate yourself and increase your intellectual resources, but if you cannot convey your concepts to others through intelligible writing then you will have little impact. A demonstrated improvement in an attribute that is considered important for a process does not necessarily mean an improvement in the process itself.

To narrow our focus, consider just the brainstorming (or idea generation) phase of innovation. This is one of the first and most important steps in the innovation process for businesses (Amabile 1988; Amabile and Pratt 2016), because it involves the generation of the ideas that will be developed into new products, structures, systems and activities for the organisation. In the brainstorming phase of the innovation process, the creativity of generated ideas is considered important, but so is the number of ideas generated. In fact, Alex Ozborn, the advertising executive responsible for the popularisation of the term brainstorming, contends the number of generated ideas is one of the most important outcomes in the early stages of the innovation process (Ozborn 2012). According to Ozborn, the generation of many ideas will lead to the discovery of new solutions and possibilities that might not have been considered, and which may prove to be the best option for business going forward.

How does one explain such results? In my previous blog I argued that thinking in terms of others will actually lead to more ideas because people are diverse and have more possible ways to solve a problem than a single person. So why would perspective-taking lead to fewer ideas? The key point is that the reasoning in my last blog was built upon a ‘plural other.’ A ‘plural other’ means you think in terms of many other people, rather than one person. For example, given that 20 people are being considered, you might be able to come up with more ways for those 20 people to do a particular task than you could for yourself performing the same task. Twenty people will have a diverse set of skills and characteristics, whereas you have one person’s set of skills and characteristics. There are things you think you can’t or won’t do, but that you might think one of the 20 other people can or will do. However, what if you were asked to think in terms of only 1 of the 20 people? That person only has one set of characteristics and skills, just like you. But you are intimately more aware of your full supply of skills and characteristics. In contrast, you are at best only familiar with another person’s particular characteristics and skills. In short, you know less about another person than you know about yourself. This lack of mental resources reduces the possible ways you think this person can or will act and this leads to a restriction in the possible ideas you can generate.

Interestingly, participants who were not told to take a particular perspective performed similarly to participants who were told to take their own perspective. This could be due to what is called the heuristic of availability (Marks and Miller 1987). The heuristic of availability assumes that memories related to the self are easiest to draw from memory. Since, memories are the building blocks of new ideas, it follows that memories related to the self will be drawn upon naturally when one is not guided otherwise. Therefore, one who is not told to take a perspective and one who is told to take a self-perspective should do about the same on creativity tasks, since they are drawing on a similar pile of mental resources.

So there you have it, thinking in terms of someone else leads to the generation of more creative ideas, but fewer ideas. Our next step in this project is looking more at the mental processes involved in the generation of new ideas, confirming our previous findings and looking for potential factors influencing the magnitude of the results. Looking forward to writing future blogs outlining the progress in this research!

This RCT was funded by the IGL Grants programme. 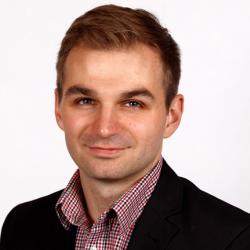