A random approach to innovation

Funding innovation is hard because breakthrough ideas often seem counterintuitive at first. Take vaccination, for example - the idea of deliberately infecting people to protect them seems crazy until you see that it works and understand why.

Decisions on innovation funding tend to be based on existing knowledge. Long, peer-review evaluation systems are thought to be the most rational way to distinguish promising proposals from dead-end bids. But in 2019, we predict that more organisations will begin to experiment with a new approach - randomly-allocated research funding.

There are serious problems with the way much innovation is funded.

Firstly, it’s really time-consuming - which means that researchers waste years bidding for funding they might never get. A 2013 study of a funding round for medical research in Australia, described by Shahar Avin, found that scientists spent the equivalent of four centuries writing applications that were eventually rejected. Not only is this a waste of researchers’ time, it’s a waste of time for funding organisations, and the researchers who peer-review funding bids. Humankind’s smartest thinkers are spending precious time on proposals that often go nowhere - time that could be better put to use doing actual research that can change lives.

Secondly, the current way that research is funded is at risk of bias. There are concerns that female researchers receive less funding than men and a recent Nesta report highlighted the “Matthew effect” - where research undertaken in some locations is favoured for funding over others.

Finally, the current funding system can ignore the most innovative ideas. Research suggests that peer reviewers who know a subject area well tend to mark down more novel proposals, while reviewers also mark down research in fields further from their own. This is bad news, especially at a time when good ideas seem to be getting harder to find.

An alternative system for choosing which projects to fund is increasingly under discussion within the academic community: allocating money randomly. In a partially-randomised system, proposals could be divided into three categories - a top category which are all funded, a bottom category which are never funded, and a middle category where funding is allocated by lottery.

A process like this would be shorter, freeing up time for both researchers and funders. It would be fairer, as bias could be reduced. Most importantly, it would combat the tendency towards familiarity in the current system, allowing better, more innovative research to be funded.

These ideas are the result of a realisation from the science community that the way scientific endeavours are organised is not always backed by evidence, and the subsequent emergence of the field of ‘research on research’. Randomised funding supports this effort, since it would mimic science’s principal methodology: the experiment.

Randomisation wouldn’t solve everything. It might not be needed in circumstances where projects are easily assessed. There are also concerns about how randomised funding would work when funders want to tackle particular strategic issues, such as ageing or inequality. There are worries about how researchers could churn out as many proposals as possible to maximise their number of “lottery tickets”, and there are questions over how thresholds of funding are set. Many of these issues can be overcome with good design.

Randomised funding has a growing number of followers—and some organisations are trying out this approach. New Zealand’s Health Research Council and the Volkswagen Foundation are both already using a lottery to distribute funding.

We don’t expect that all innovation funding will ever be decided in this way. But randomness has substantial advantages, and in 2019 we predict that it will further grow in popularity, perhaps even among the biggest funding agencies. The establishment of UKRI offers an excellent opportunity for the UK to further experiment with novel funding methods, building on schemes such as Innovate UK’s innovation vouchers, which include an element of randomisation. Nesta’s own Innovation Growth Lab has also been working with innovation agencies across the world to help them improve their innovation funding processes.

In 2019, with any luck, more randomised funding will allow researchers to stop wasting time writing endless grant applications, and get on with the work of innovation instead.

Laurie Smith is a Senior Researcher in Nesta's Explorations team. 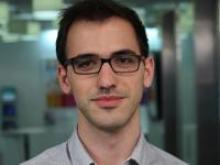 Teo is a Senior Researcher for the Innovation Growth Lab in Nesta’s Policy & Research unit.

Teo has an MSc in Economics and Public Policy and a BA in Social Sciences from Sciences Po Paris. He previously had stints researching education policy at the OECD as well as urban development in Cairo, Egypt.